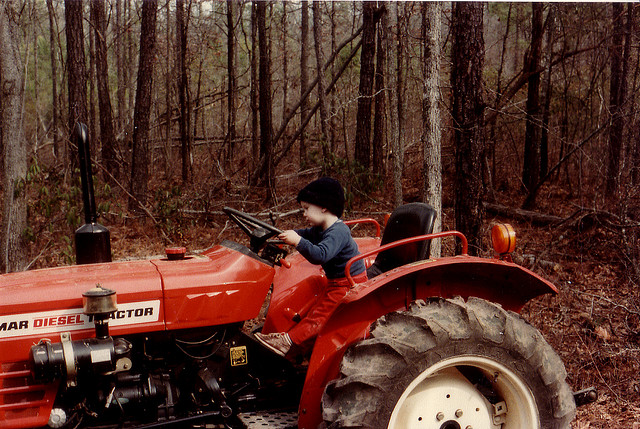 My big project for the past couple of years has been indexing and scanning my family’s photographs. The progress that I’ve made has been relatively small. My goal is to take my Macbook to my parents’ house and scan in all the photos they have, and maybe take a few trips to various relatives, asking them for photographs that they’d like to preserve.

I’m doing this mainly for Liam, which, I understand, is somewhat of an exercise in futility. He probably won’t appreciate any of this stuff until he’s much older. I know that when I was a kid, the last thing I wanted was a sit-down with my parents’ photo albums. So, the reward is going to be decades off.

I can deal with this, though. I know that if I don’t get to it, the photos are going to degrade even further than they already have, and Liam will miss out. I want him to be able to see embarrassing pictures of his year-old father eating birthday cake in a chocolate-covered Superman shirt, and I know there are some great photos of Natania in her big ol’ chunky 80’s glasses phase that he’ll absolutely adore.

One thing I’ve noticed as I’ve gone through these photographs is how many times my father put me on a tractor and took a snapshot. I just saved one off and Photoshop gave me an error message: “An item named ‘1984-01 Michael Tractor.tif’ already exists in this location. Do you want to replace it with the one you are savings?” You realize what this means? Yes. Multiple photographs of me on a tractor in a single month.